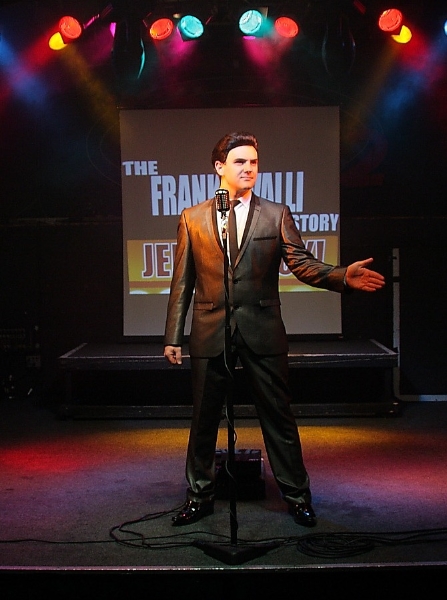 The Frankie Vallie Story is a One-Man Jersey Boys style show by the very talented, Stephen James. The shoe is brilliantly sewn together chronologically by and American narrator, aided cleverly by video projection, which forms a back drop to the whole show.

This is more than just another Frankie Valli tribute act, as the show spans three decades of music, telling the story of the struggle Frankie Vallie faced before his sudden rise to fame in 1962 with The Four Seasons, the domination of the 60’s charts with three consecutive No.1 singles, the fling with the northern soul and Motown scene and right through to the 70’s.