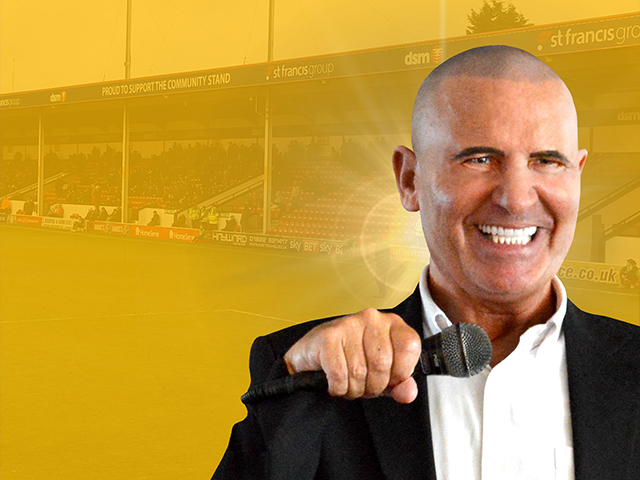 Get Ready to Laugh – or Cry! The UK’s Most Feared Comedian is Coming to Walsall for One Night with over 20 million views online, the Liverpool based comedian Frankie Allen
has been shot to online superstardom last year following a number of viral videos of his shows on social media.

Known for his stomach hurting funny one-liners and brutal putdowns, the funny man dubbed as ‘the UK’s most feared comedian’ is touring up and down the country with his sharp wit.

Frankie Allen now has the people of Walsall on his hit-list next as he heads to Banks’s Stadium on Saturday 22nd June for what’s set to be another hilariously funny sell-out show. With a 30-year career working the pubs and clubs around the country, Frankie Allen has cemented himself as one of the greats of the comedy circuit and is not to be missed.

“I can’t wait to get to Banks’s Stadium in June. It’s going to be a great night where we will all have a laugh! I’ve played Walsall a couple times over the years and it’s always been a great crowd – really looking forward to the 22nd June!”