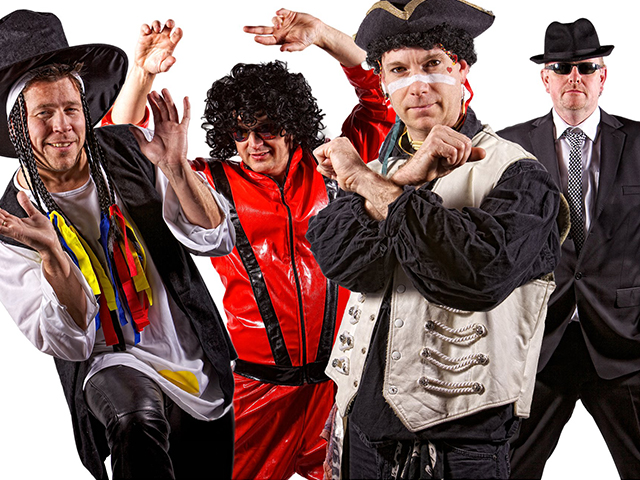 Kick up the 80’s celebrates its 18 year anniversary in 2017. It is the UK’s orginal “80s” tribute and has previously appeared with 80’s legends, ABC, Go West and Limahl (Kajagoogoo). The band perform faithful renditions of all the classic songs of the era from artists such as Duran Duran, The Jam, Culture Club, Soft Cell, Madness and many more, as well as some tongue in cheek “guest” appearances by icons of the decade- guaranteed to get you partying like the 90’s never happened! www.kickupthe80’s.com