It was a glittering occasion as the Walsall FC family came together with an audience of almost 400, made up of Directors, players, staff, supporters and sponsors, packed into the Stadium Suite. 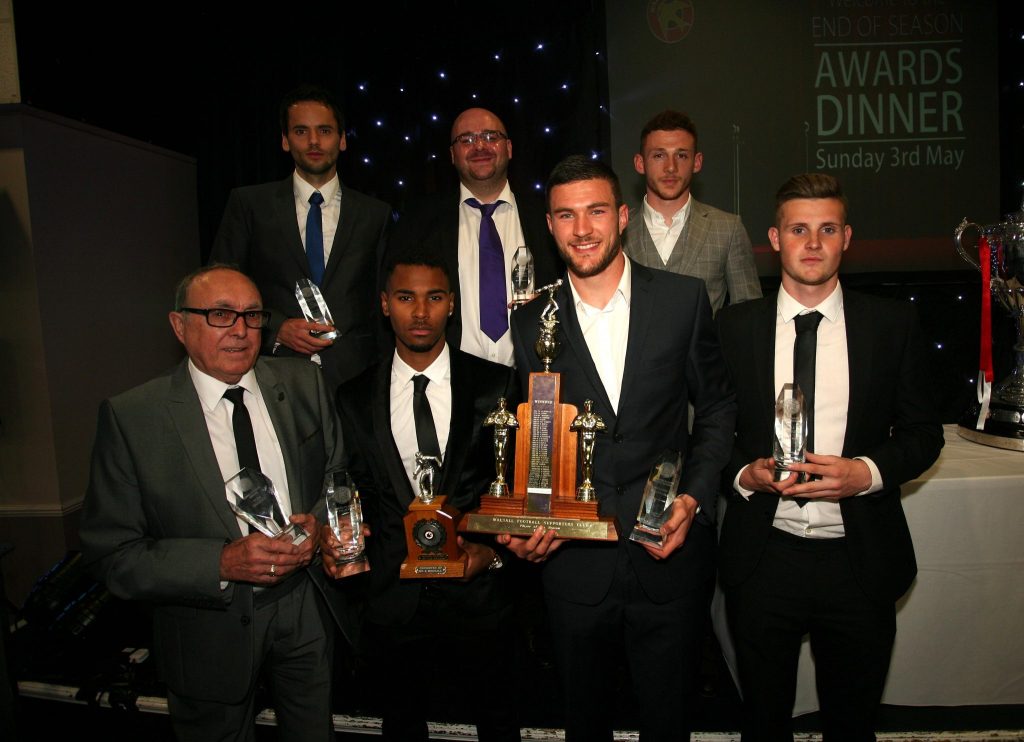 season, in between courses of a delicious meal.

The main Player of the Season award went to ever-popular goalkeeper, Richard O’Donnell, who took 69% of the vote to fend off the challenge of leading scorer, Tom Bradshaw, who came runner-up with 12.3% of the vote.

The Young Player of the Season prize went to the emerging Rico Henry, who has made the breakthrough into the first-team this season.

There was a special Lifetime Achievement Award for Chris Nicholl, almost 20 years to the day since he guided the club to a seminal promotion that kick-started an upturn in our fortunes both on and off-the-field.

Jordan Cook’s thunderbolt against Barnsley in December won Goal of the Season, whilst youth team skipper, Kyle Rowley walked away with Apprentice of the Season.

Graeme Brookes, who successfully completed the challenge to walk from Walsall to Wembley ahead of the Johnstone’s Paint Trophy Final, was named Fan of the Season and veteran Kit Man, Tom Bradley, was given a Long Service Award.

All in all it was a memorable evening and a fitting way for the club to reflect upon what has been a successful and historic 2014/15 campaign.